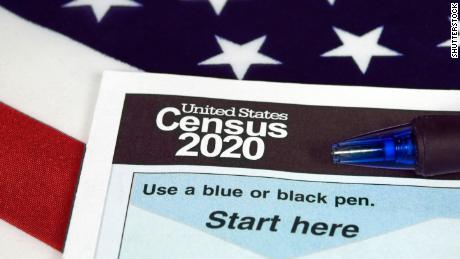 The Census Bureau will make its online questionnaires and phone interviews available in 13 languages during the 2020 Census.

Washington (CNN)The Census Bureau faces "significant risks" that could "adversely impact cost, quality and schedule" of the 2020 Census count, according to a new report from the Government Accountability Office.

The bureau is behind on recruiting staff for upcoming operations, behind on recruiting community partners for the bureau to work with to educate the public about the census, and behind on developing certain aspects of technology they plan to use to distribute the census as well as mitigating cybersecurity risks, the report found.New York Democratic Rep. Carolyn Maloney, the chairwoman of the House Oversight Committee, said in a statement Wednesday that the panel is holding a hearing "to examine this report in detail and to help ensure a full, fair, and accurate count, as the Constitution requires.""We are only weeks away from the census, but the Bureau faces a host of problems," she said.Census Bureau Director Steven Dillingham assured the House Oversight Committee on Wednesday that the census will be ready in time and will be delivered properly.Read More"We are pleased to report that we are on mission, on target and on budget for a complete and accurate count," Dillingham said in his opening statement.While the Bureau's goal was to have more than 2.6 million applicants nationwide for upcoming operations, "202 of 248 Area Census Offices fell short of their individual recruiting targets" as of February, the report states.In terms of community partners, which help educate the public about what the census is in order to maximize responses to it, the goal was to have 300,000 partners by March. As of February, the Bureau had 642 national participating organizations and 238,982 community partners, according to the report.The bureau plans to implement some new technology in order to collect census data this year, but the report says it is "at risk of missing near-term schedule milestones for IT system testing."The GAO also warned that the bureau has not properly prepared for cybersecurity risks to census data, stating it "continues to face challenges related to addressing cybersecurity weaknesses, tracking and resolving cybersecurity recommendations from the Department of Homeland Security."This story has been updated to include additional comments.Original Article