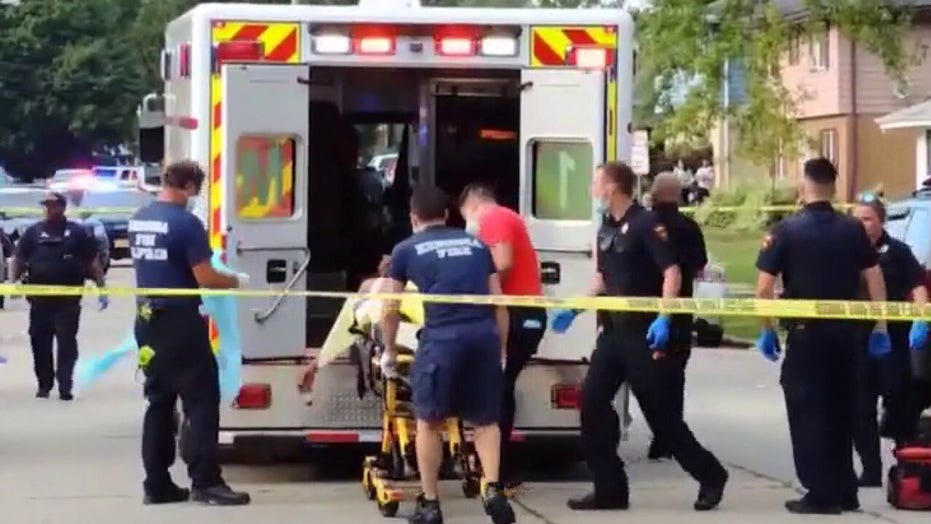 Protesters clashed with police for a third night after the leader of Rochester’s police union defended the seven officers linked to the death of Daniel Prude, 41.

Prude, a Black man, died March 30 of asphyxiation, with drug use a contributing factor, after police placed a "spit bag" over his head during his arrest a week earlier.

Crowds gathered earlier on Friday evening and first came face to face with police around 11 p.m., with a subsequent clash later in the night, Spectrum News reported. Eleven people were arrested for a number of charges, ranging from unlawful assembly to rioting.

Three officers were treated for cuts and bruises to their hands and legs, with one officer suffering neck burns, police said. The officers were later released.

During the first confrontation, police declared the protest “unlawful,” at which point the group of protesters split into two. Most reportedly turned and headed for MLK Jr. Park, but some continued to confront police, throwing rocks, bottles and debris. 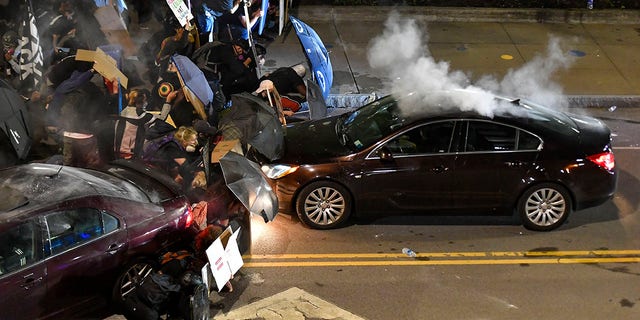 Demonstrators clash with police officers a block from the Public Safety Building in Rochester, N.Y., Friday, Sept. 4, 2020, after a rally and march protesting the death of Daniel Prude. Prude apparently stopped breathing as police in Rochester were restraining him in March 2020 and died when he was taken off life support a week later. (AP Photo/Adrian Kraus)

An hour later, police and protesters clashed again, with protesters allegedly throwing fireworks, as seen in footage captured by local news crews. Rioters set fires to property in the area around the protests.

"An officer doesn't have the ability to go off-script," Michael Mazzeo, the union president, said at a news conference, the Rochester Democrat and Chronicle reported. "They have to follow protocol and do what they are trained to do."

The Rochester Police Department has not responded to a request for comment.

Brie Stimson contributed to this report.

Karl Rove reacts to Trump’s China remarks: Beijing is ‘not our enemy, but our adversary and rival’ – Fox News