There is no doubt that Sen. Bernie Sanders, I-Vt., is now the leading Democratic presidential candidate. That's not because his ideas are overwhelmingly popular — a majority of Americans approve of capitalism, while less than 1 in 5 like socialism; few Americans are on board with total nationalization of health care, even if many like the idea of universal health care; most Americans do not approve of Sanders' anti-American ideology with regard to foreign policy.

But nobody in the Democratic Party can stop Bernie.

There's a reason for this: The Democratic Party has fed off the energy of Sanders' ideology hoping that, eventually, the voters would come to their senses. Leading candidates have echoed Sanders' talking points. Sen. Elizabeth Warren adopted and then abandoned Medicare for All, and former Vice President Joe Biden mirrored Sanders' Howard Zinn historical perspective. Those who have attempted to siphon off Sanders' base and approximate his authenticity have failed dramatically.

Instead, Sanders continues to resonate with the base. After all, if you're going to go with an anti-Constitution, anti-free market, intersectionality-based perspective, why water it down with insincerity? Sanders brags about the fact that his ideology has never changed. He's right. Back in 1976, he suggested that he favored "the public ownership of utilities, banks and major industries." He sounded off for decades on the glories of communist Cuba and the Soviet Union; he basked in the joys of bread lines, saying: "In other countries, people don't line up for food. The rich get the food, and the poor starve to death." Sanders trots out campaign surrogates who openly claim that the United States is rooted in genocide and racism, and that the American system must be fundamentally remade.

This is radical stuff. But radicals have passion. And politicians of the Democratic Party are unwilling to quell that passion — not when they believe they can capture it and turn it against President Donald Trump. This is the mirror image of the Republican problem with Trump in 2016: Trump ran on a platform of bashing the Iraq War and America's intelligence agencies, blasting free trade, pledging to avoid entitlement program reforms and slamming the door on immigration. Instead of fighting those elements, Republicans decided to tinge their own campaigns with those attitudes and then assume Trump would collapse under the weight of his own personality flaws. That never happened.

Democrats seem to be waiting for another collapse that simply isn't coming. Sanders isn't going anywhere. His floor is high, and his ceiling remains low — just like Trump. Electability problems aren't going to dissuade his supporters, who believe — correctly — that inauthenticity provides its own electoral issues.

But no Democrat was willing to stand up to the Sanders base. They were too greedy for its energy, and too optimistic that the energy was transferable. It wasn't. And so the Democratic Party has been captured by an ideology foreign to it — the ideology of Noam Chomsky infused directly into the bloodstream of a party that once touted former President John F. Kennedy. Partisanship is a hell of a drug. 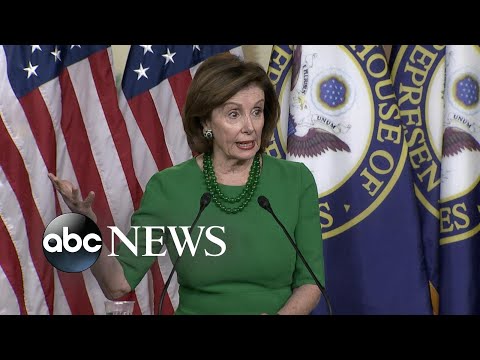